All pictures in this post come from Real Clear Religions “ugliest churches” thread.  This one’s a real winner.

I got off the phone yesterday with an incredibly gifted pastor who started a church planting movement.  I interviewed him for a long time about what he did and why he did it, what worked and failed and the triumphs and travails.  After a decade of planting churches, God called him to be a pastor of a more traditional church.  He noted how awkward it was to transition from overseeing 9-10 churches, none of which had buildings but all of which had people, to return to a church that had a building but was losing people.

He didn’t give me too many details just that it was hard to switch from doing church without a building to shepherding a people who were only still doing church for the sake of keeping the building.  I felt for him.

It reminded me of another church in the middle of Kansas, whose sanctuary sat 75 but whose spirit was so strong, 200 crammed into it before they added on.

It also reminded me of several churches in Africa who meet underneath trees or on beaches.

It also reminded me of several churches who started out in living rooms, elementary schools, bars, idol temples and riversides (see Acts). 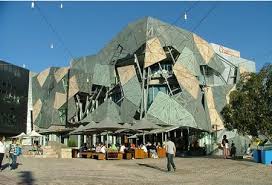 To be fair, this cries out “welcome” to some poor out there. #madmaxchurchofthenazarene

It then brought to mind my favorite quote from Phineas Bresee, who is credited as founding my denomination, who said, “We want places so plain that every board will say welcome to the poorest.”  To put it bluntly, “we” failed.

I am not against a church owning a building.  I am friends with several pastors who are blessed enough to have congregations who let their buildings be used 24/7 for all kinds of community gatherings that increase the welfare of the city.  Nor am I about to advocate for selling off my own congregation’s building, lacking though it is.  And if I were to advocate for it, our short term plan would certainly include another building. 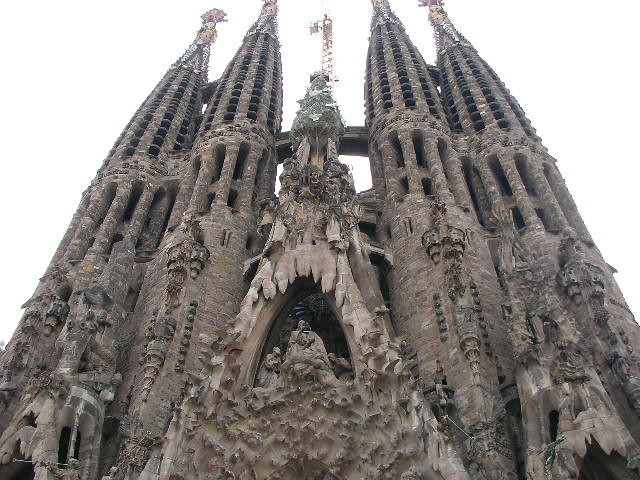 Is this a building or a statue?  How do you even get inside?

Yet I have deep reservations about our buildings.  As I talk to church people I sense that their church’s building is some weird mix of a scapegoat and a god.  They worship the building.  They brag about it to their friends, even if the building is about to collapse!  They open it up and tell people, “come inside and you’ll meet God here,” seemingly forgetting that you will meet God everywhere.  They spend copious amounts of hours talking about the building’s needs and wants, trying to discern how to best sacrifice their dollars and manpower to the building’s never satiated appetite.  Then they pass legislation concerning the proper use of the building.  They argue about who can use it and why and when.  Then they invent rules for how the building will get used.  “Don’t throw balls.”  “No eating food.”  “No running.” “No wearing hats or wife beaters.”  This is all seemingly to keep from angering the cathedral as if it was a pouty 2 year old you dare not make scream.

When all else fails build a Jesus statue!

But when something goes wrong they blame the building.  “Not enough lighting!”  “The nursery’s in the wrong spot!”  “The ceilings too low, the greeting hall too small, the classrooms not well decorated.”  So they buy more paint, hire more engineers, add more parking spaces, all so that they can keep from facing the true problem, that our failures have everything to do with us and nothing to do with some paint and sheet rock.

On my own district 3 churches in the past decade spent over 1 million dollars adding to or replacing their buildings.  All 3 churches saw their attendance decline over the next 10 years.  When I point this out, it is argued, “Well the building had nothing to do with the decline.  It was just bad leadership.”

To which I reply, “Yep, you just proved my point exactly!”  If we were good leaders 300 people would gather under our trees.  If we were more obsessed with prayer and fasting, then 200 people would cram into our tiny sanctuaries and nobody would care about the “parking.”  If we sought the Holy Spirit more than we sought a better sanctinasium, then 100 people would stop surfing and gather on our beaches to hear our acoustic guitars and our readings from the Holy Book.  If we followed the Spirit, we wouldn’t stay in a building for all too long.

Instead our million dollar buildings merely placate and, ironically at the same time, extenuate our bad spiritual practices.

Except this church, it doesn’t placate or extenuate anything.

Maybe what we need is not a new water heater or a better lit sanctuary or a bigger classroom and fewer “balls” in the church, but more devoted souls.  Maybe we need eyes that eagerly desire the kingdom of God.  Maybe we need hands folded in prayer, and knees bent in a begging posture while mouths plead for God to move.  Maybe our hearts should break for the lost and lonely and maybe our arms should be outstretched towards our communities.

Yes you can have all those things and still have a building and yes, a posture of prayer would even have an effect on why you have a building and what you use it for, but as long as your budgets and calendars are skewed towards “building,” your building will continue to empty of people.

Not sure which posture produced this design!

But if you forget about your building and open your mouths to pray, well it just might happen that our tree or our beach or our borrowed bar would be all God would need to gather the lost and lonely in for worship.